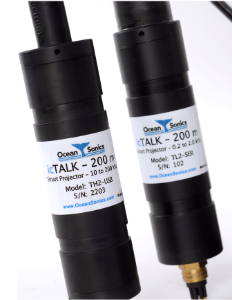 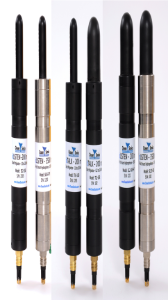 The Naxys hydrophone sensor element is encased within an acoustically transparent compound, allowing omni-directional detection of audio signals at frequency ranges between 5Hz and300kHz. Signals are processed in 16-bit resolution. These instruments are pressure-rated to 3000m. 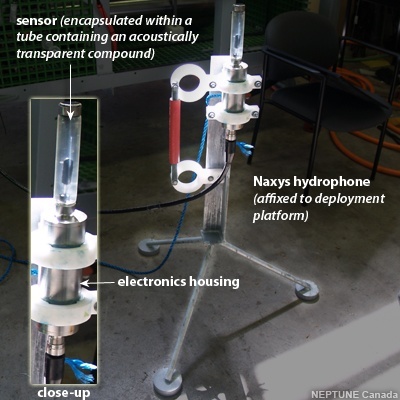 Hydrophone data are used to monitor whale populations. The hydrophones are able to detect vocalizations used to study the season shifts in cetacean populations. Whale songs are detectable from 10s to 100s of kilometers away from the source. Species (such as orcas) and sub-populations (such as resident, transient or offshore orcas) are identifed by their unique calls. (NEPTUNE Canada: An Invitation to Science).

Listen to the Deep (LIDO)

Acoustic readings from hydrophones have been analyzed and incorporated into the Listen to the Deep website. The 'LIDO' website was developed by researchers at Spain's Technical University of Catalonia and analyzes hydrophone data from many networks around the world. The LIDO research aims to understand organisms responses to anthropogenic sound sources and informs on long-term management of noise pollution in the oceans (NEPTUNE Canada: An Invitation to Science, 2012).